Lions have to feed their children too 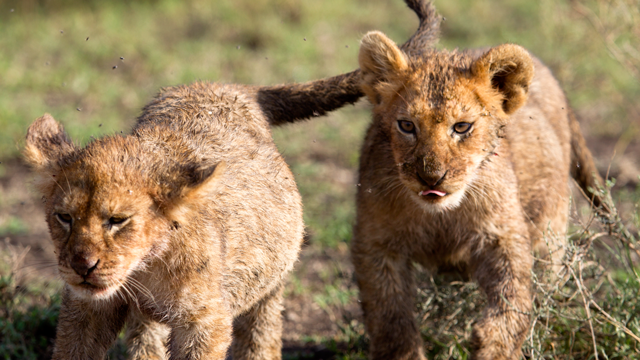 Eat and be eaten. We all know about the circle of life, but still it is harsh to see a group of lions actually kill and  eat an animal. At that point I remind myself that lions have to feed their children too. The chances of a lion cub reaching adulthood are very small. Feeding them is merely one of the challenges. They are often killed by competing male lions or rivaling predators. Food is scarce and one mouth less to feed can mean survival for others. Being a lion does not mean having an easy life in the animal kingdom. Depending on the territory and the abundance of game, hunting down an animal is a challenge. Most of the time the hunt is aborted because the hunters have been spotted by their prey. So every animal stands a chance of getting away, even in the land of plenty, in the calving season in the Serengeti. The predators depend on this short period of abundance, when the big herds pass through their territory. At least these two little guys are well fed for now.