Golden camouflage and the lucky escape of Tata&Squack 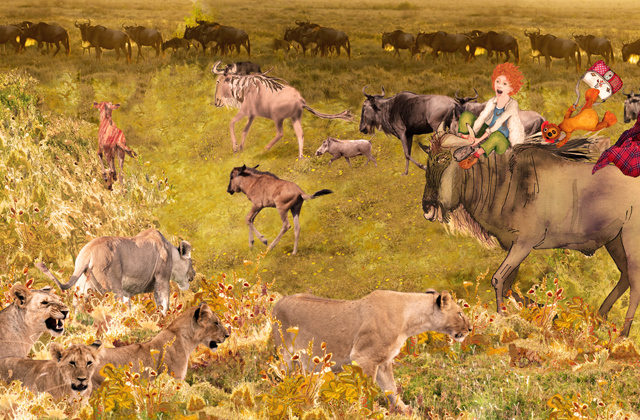 Camouflage is the art of not being seen, often practiced by predators. Tata&Squack discovered this art of disguise during their Big Journey. Camouflage is achieved not by actual invisibility, but by not being noticed. Lions attacked the Wildebeest herd in the early morning hours by blending in with their background. Approaching the herd their golden fur becomes one with the golden grass of the Savannah. Camouflage is a form of visual deception; the term probably comes from camouflet, a French term meaning smoke blown in someone’s face. In the natural world there are two reasons for camouflage. The first is to avoid being seen by a predator that would eat you. The second is to avoid being seen by an animal you want to eat. Tata&Squack had a lucky escape; the herd discovered the lions before they could take them by surprise. Lucky also for us, as the journey continues.