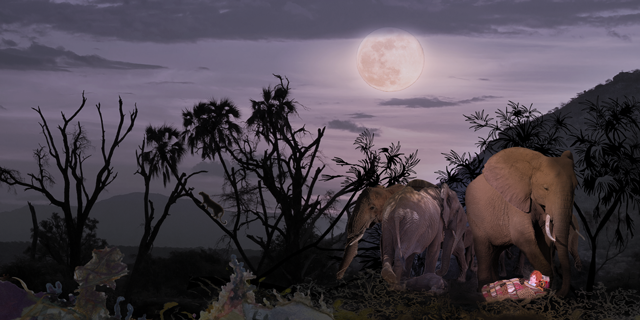 Tata&Squack’s second adventure is a story about wild elephants, the largest mammals that walk the surface of the earth. While making this book we realised just how threatened elephants are and that chances are small they will be part of our children’s future. With this book we would like to create awareness of the wild elephants in a child friendly way and help these magnificent animals. To survive elephants need our voice and especially our children’s voices. In the book Tata&Squack learn from Noor, the grandmother of their elephant friend Harry, that his mother was killed by poachers when he was just a baby. “One dawn, after a night of heavy rain, Harry and his mother disappeared. I feared the worst, because the savannah has become a hunting ground for poachers. In the end Harry was found by researchers. He was standing alone on the sodden plain next to his mother’s tusk-less body, his ear bleeding. He was waiting for her to wake up from her long sleep.” Find out how Harry was rescued. More information about the book Tata&Squack Mission Elephant on our website.